On Saturday, I went to Portland State University's 'Write to Publish' conference. It was the 10th anniversary of the inaugural event and, having graduated from the publishing Master's program last June, I was invited not only to be a vendor, but also to sit on a panel of freelancers.

I've never gotten any business tabling at this particular conference - it's relatively small, and few of the attendees are writers looking for freelancers - but I like to support the program and stay involved in this small way. And by going, I get to meet or reunite with other vendors, which is always fun.

This is the first time I've been on a panel at a conference. Earlier this year, I led a workshop for the first time at Oregon Christian Writers' winter conference. I enjoyed both very much. The panel definitely took less preparation. A current publishing student (hereafter referred to as an "Oolie" because the name of the student press is Ooligan Press) was the panel moderator, and she had several prepared questions to ask the three of us on the panel. Once she'd run through those, the audience got to ask questions of their own. It was easy to fill the hour, especially since I wasn't the one doing all the talking - there were two other people there to help answer questions, too! 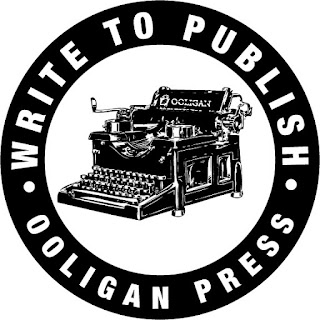 When you're tabling at any conference, there's always plenty of downtime. Attendees disappear into sessions and unless the conference is particularly large, you're able to talk to all your fellow vendors in the first couple of lulls. Having tabled the previous two years at W2P, I knew that would be the case this year, as well, so I came prepared and I got some work done when it was quiet. I finished writing the draft of a poem, took care of some emails, and did some misc freelance work.

The only thing I took with me but didn't do was research for my next play - that kind of thing takes a little more concentration than I was able to give it there. Besides, there were current and former Oolies there who I hadn't seen in nearly a year! I admit I spent a fair amount of time just catching up with them. :)

All in all, it was a very productive, albeit also a rather long, day at the Write to Publish conference. I got to see a bunch of Oolies I knew, I got to hang out with Pm from the Northwest Independent Editors Guild, I met several new people at the other vendor tables, I managed to get a little work done, and I was on my first ever conference panel. Not bad.