Whew! This has almost become the Thursday Review tonight! These morning classes are really messing up my blogging schedule. I'll have to fix this. In the meantime: 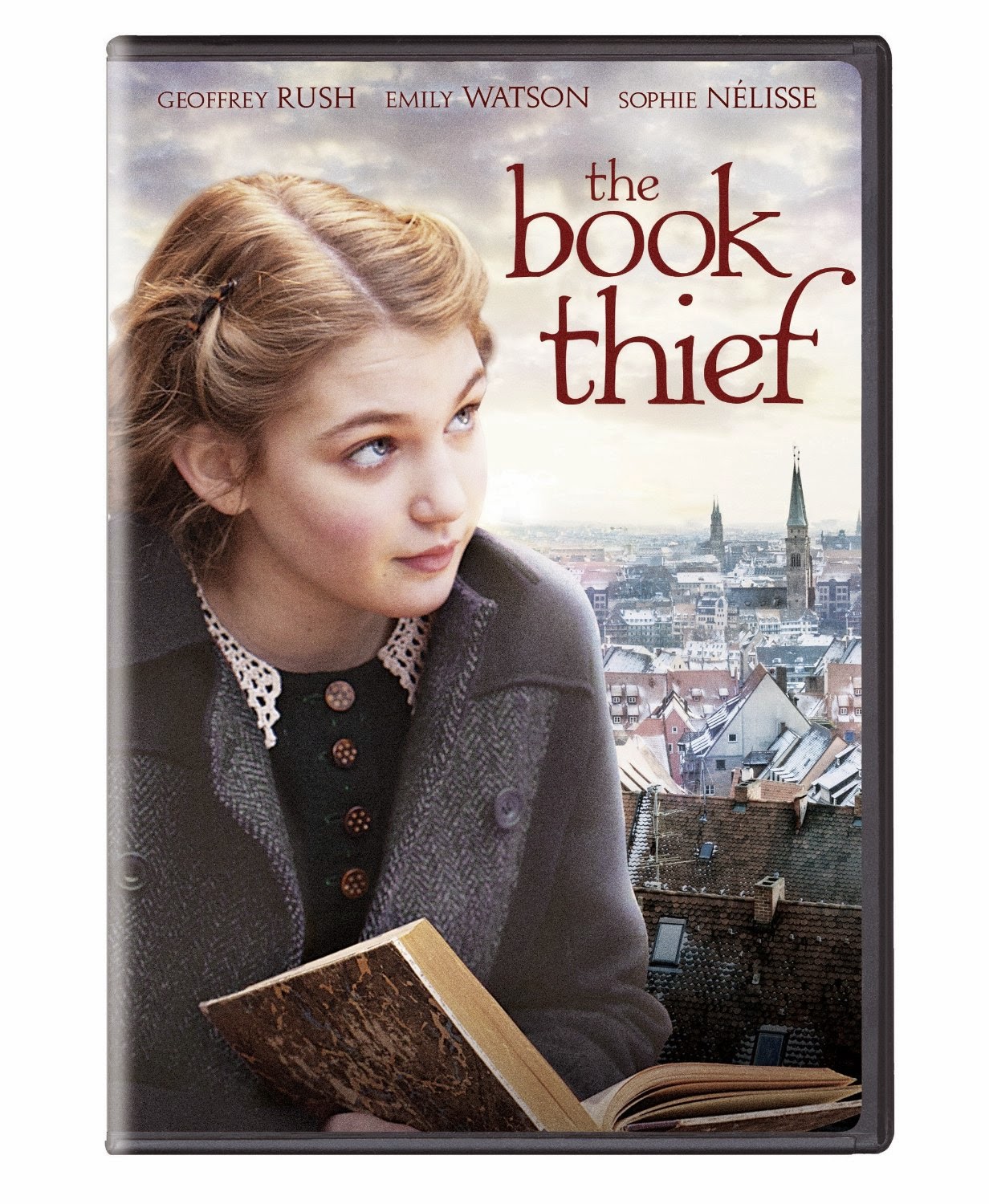 Introduction: The Book Thief* is the story of a young girl named Liesel (Sophie Nélisse), growing up in Nazi Germany. There's really no way to sum up this movie without spoilers, but I'll try. Liesel is adopted by a childless middle-aged couple played by Emily Watson and Geoffrey Rush, and befriended by an exuberant schoolboy (Nico Liersch). Although her new mother is very strict, her father is a gentle soul who teaches her to read; her avid consumption of books leads to stealing/borrowing them, and the act of reading plays a central role in the film.


My Review: Alright. This is a serious movie with a European director, and it shows - it is not fast-paced. But it is well-directed, well-acted, well-edited, well-scored, and well-shot. It does not drag.

This is a visually wonderful film. The cinematography, costumes, set-decorations, and so on are amazing. Everything feels very real, and also very near at hand - like you could walk into their world through the TV. There are very few films I feel this way about. Very, very few.

Although the story deals with some complicated ideas (it's set in Nazi Germany, after all), it's very simply told. It's not the story of a Nazi or a Jew. It doesn't take place in a concentration camp or on the front lines. It's an everyday German family in an everyday German town, trying to live their lives while the world is falling apart around them. This makes it a bit of a fresh look for a WWII film, and is also the reason for the slower pacing. I like it. I think it works really well, letting you see another side to a very well-known period of history.

The script is very good. Certain elements of Liesel's friendship with Rudy the schoolboy feel a bit contrived, and I'm not completely sold on the narrator, but the kids are believable and the sparingly-applied narration gives the plot some added cohesiveness, so I can forgive those things. The center of the film is Liesel's family, which is beautifully characterized in a very show-don't-tell fashion that's not always super common in movie scripts. This is a big plus for me in principle, and it adds to that overall feeling of realism.

The film was done a bit differently than you might expect. There's a fair amount of spoken German with English subtitles in the beginning, but it doesn't stay throughout the film - its use is simply to draw you into their world, and it transitions nicely to all spoken English, with German accents. That was risky. It could have been a disaster. But I have to hand it to the cast, their dialogue coaches, the director and the editors: they pull it off. The accents are believable, consistent, and understandable. It's another element that makes the whole thing seem tangibly real.

The actual acting is phenomenal. I don't even know where to begin. Wonderfully understated, but not stage-play-esque like a David Mamet film. Just very natural. Emily Watson, Geoffrey Rush, and Sophie Nélisse are particularly good,** and I really, really love good acting.


Anyway! I liked this movie so much, I find it hard to explain why. I only know that if more children's/YA books were adapted with this amount of care, our society might implode in a spontaneous combustion of intelligent art.^

*I have not yet read the book.

**Which is good, since they're the main characters... But seriously, they're amazing in this.

^This movie should have won Oscars. Plural. It was robbed.