Before we start, please forgive the poor grammar in this post's title. It was intentional. (This might be why I'm not a copyeditor...)

So! I have news. There has been a LOT going on in the last twelve months. I give you: The List of Significant Things That Have Happened!


1) I wrote the pilot episode to a TV show I'd love to develop and get produced.


2) I had the opportunity to meet someone in the TV industry who subsequently was kind enough to read my pilot – and liked it! I made some edits based on his feedback, and he liked it even more! This is great news, especially since it was my first attempt at writing a TV episode. Yay!


4) Despite teaching nearly full time, I edited my first novel and got it all prepped and ready for publication. It came out in December and all the reviews have been very positive. Someone even compared it to Apollo 13 and Hidden Figures, and another reader compared my integration of science into the story with Micheal Crichton! So I feel pretty good about that. 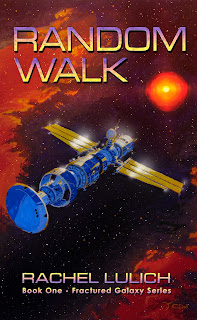 5) Everything I was doing got totally sidetracked by the global COVID-19 pandemic – shocking, I know. All my creative energy shifted from developing writing projects to figuring out how to effectively teach ESL remotely in Slovakia – and deciding if and when I should return home to the States. Initially, it was wiser to stay where I was but in early April, another American teacher and I packed up and flew home. It was an interesting experience, but once we got to airport security, it was actually super easy. We'd missed the initial rush of ex-pats returning home, so social distancing en route was also not a problem.


6) I finished the school year working nights so I could be on the school's remote teaching schedule (they're six hours ahead). I hadn't worked nights since I got out of the Air Force. It was harder this time around, probably because I'm a few years older, but maybe also because the work didn't have that "national security" urgency to it, and because I was self-isolating in my room at my parents' house during my free time. Suffice it to say, I was very glad to get back on days when the Slovak school year ended.


7) A writer whose memoir / Bible study I was editing turned her manuscript in to the publisher - and they were happy with it! Yay! Another memoir I edited is up for an award. Apparently I now edit memoirs.


8) I started a new full-time writer/editor work schedule, and I have gotten sooo much work done in just the two or three weeks since I implemented it. Last week, I figured out a method of plotting out a novel that totally works for me – I have the whole thing planned out, in detail. I'm working it up as a proposal for a press accepting submissions on works-in-progress. We'll see what happens.


9) I have plans to write three articles and a devotion, and for a fun writing exercise, I've started writing Stargate fanfiction again (I wrote a few pieces in college). I also wrote my first piece of narrative nonfiction, a short story about an experience I had while deployed in Afghanistan.


10) Let's see, what else? Oh yes! I've revived work on my middle grade sci-fi novel, and I still want to work on the other MG sci-fi novel I came up with last summer. I think I'll use my new plotting skills on them and my Random Walk sequel (working title: Standard Deviations). And hey! With this post, I've started blogging again!


11) I took over as "Social Media Coordinator" for Oregon Christian Writers and have discovered I'm not as bad as creating graphics as I thought.


12) I finally saw Hamilton! I enjoyed it, particularly the second act. I have decided that the woman playing Angelica is my favorite singer & actor in the cast, and my favorite sequence is "Uptown." I also really liked "Nonstop" and "Satisfied."